What is React Native and Why to Use it? Introduction for App Owners 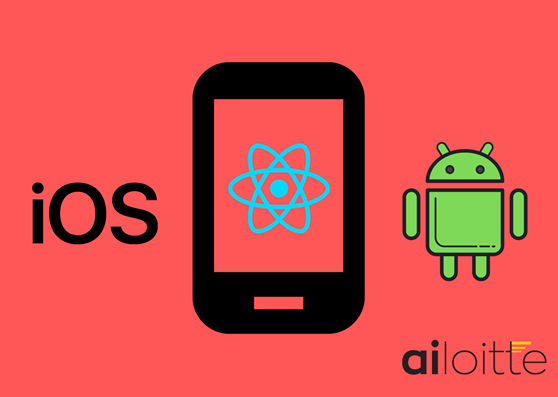 In today’s technology-driven world, smartphones, tablets, and gadgets are not a luxury any more, it’s simply a way of life. Smartphones are penetrating the market with a rapid pace in the developing world. According to a GSMA report, smartphone penetration will reach 80% worldwide by 2025.

Hence, every small and big enterprise is creating two versions of their sites – one for laptops and personal computers while the other for mobile devices. This strategy ensures the best experience for the users on all possible devices.

However, maintaining 2 versions of your site can be problematic to handle the diverse challenges such as detecting whether the device is a smartphone or a PC, maintaining the framework and beyond. Many large companies and developers have tried to solve these major issues over years.

That’s where React Native comes to rescue with a better solution for app owners and developers. React Native offers a responsive web design that is capable of adapting itself based on the device. This framework builds a hybrid application, which is a way of building an app from a single flexible codebase.

In this article, you will understand what is React Native and how it can benefit your business instead of building native Android and iOS applications for your product. Read this comprehensive article designed to answer all the questions of app owners and developers in one go.

But, before we get started, let’s brush up a few basics first…

What Is A Hybrid application?

One of the major problems you can come across during mobile app development is creating multiple apps for multiple platforms. As all platforms have different layout and components, you need to create multiple apps to maintain existence across all platforms with only a few minor differences required by the platform.

One solution to the multiple app development problem is creating a hybrid application. Hybrid mobile apps are like any other applications installed on a device but with grave differentiating factor that they include the basic elements from native apps. These apps are developed for platforms such as iOS or Android, along with flexibility for web apps.

Hybrid apps are built with web technologies that consist of elements from both web and native apps. The primary intention of the hybrid app is a web application that can be made using any front-end libraries. Hybrid apps are deployed in a native system that uses mobile Web View objects for optimization. It displays web pages from a desktop website adapted to a WebView display.

Hybrid apps reuse the code of the web app and deploy it across all potential platforms. This approach allowed the owner to create one application with one single code without using any native programming language. This enables you to maintain consistency between the platforms without the need to create separate apps for all.

However, In the last few years, we have witnessed a significant decline in the usage of hybrid application development, drifting towards cross-platform applications.

What is a cross-platform application?

The latest solution to owners and developers mobile app problems is cross-platform technology. This technology allows the code to be written in one single language, using components of all the systems and then building an application for multiple platforms.

The multiple existing frameworks differ in the app implementation details, but all of these frameworks use native code for the platform. The application code is written and then rendered on the smartphone, webs and iPhone inside an app container which is then driven by an internal web browser for integration.

The most popular and widely used technology depicting this approach is React Native.

What is React Native and who uses it?

React Native is an open-source mobile app framework built by Facebook engineers and is based on ReactJS. React Native was launched in 2015, and before we know it, was taken by the mobile development industry by storm. It enabled the developers to write the code just once using the popular JavaScript (TypeScript) language and create a mobile application for Android, Android TV, iOS, macOS, UWP, tvOS, web, and windows.

Facebook uses React Native in many of its applications such as Facebook mobile application, ads manager, and Instagram. This can itself stand like a firm example to ensure the quality and reliability of the framework.

The most popular applications that have used React Native for its application development are as follow:

React Native framework allows an easy integration with existing native applications, one of the prime reasons that many of the above-mentioned companies have made a swift transformation through React Native.

So, what are the primary distinguishing factors between ReactJS and React Native?

As mentioned before, React was introduced by Facebook in 2013, also known as ReactJS. It has a library designed for the development of web applications. This framework was mainly created for Facebook web applications. The main function of ReactJS is to efficiently update and render the individual components of the page, based on the changing data.

React offers an efficient, flexible, and free JavaScript library for building user interfaces. It enables the app owners to compose complex and interactive UIs from small and isolated codes. React builds the individual components of the web that manage their state, and also allows you to introduce new features without rewriting the existing code.

ReactJS is a JavaScript library that just enables the developers to create an engaging UI layer while React Native is a complete framework for developing cross-platform apps including web, iOS and Android. React Native simply follows the strategy of ReactJS – “Code Once, Write Everywhere” principle, with the prime difference of type of application under development.

ReactJS is aimed for web application development hence, languages – HTML, CSS, and JavaScript are used here. However, with React Native, you can build an application for multiple platforms without hassle.

What Are The Advantages Of Using React Native?

React Native is among one of the most popular cross-platform frameworks used for the development of Android as well as iOS apps. Let’s check out the major advantages of the React Native, to understand why to use this platform:

How does React Native work?

The main function of React Native is to provide the components that are mapped to their native equivalents components on any given platform. It maintains the UX of a given platform to keep the architecture of the app constant with the upgrades and features. When JavaScript runs along with some native code, it bridges the system, it leverages the library and transfers components authenticity to the mobile device view.

React Native has its specific components that help build the UI. In case of upgrading a few functionalities or updates, React Native translates this section into the system for the React to handle smoothly. React Native bridge transforms these native events into React components that it can understand using relaying messages between one native platform to JS codebase.

The common architecture does bring in some challenges by not covering all platforms with default components but the bridging architecture allows you to display the same flow by using all existing native views from platforms such as SDK and JS libraries.

React Native apps are easy to understand for the developers and app owners since React Native works just the way JavaScript does on the web. But React Native comes with ample advantages in performance efficiency while developing or modifying an app.

Why Should You Use React Native For Mobile App Development?

Except for the above-mentioned advantages of React Native, the main reason for using React Native technology is the opportunity of reducing development costs of the application. You will be able to build your app faster and better for a dynamic launch.

React native is one of the best options that will work well with your development strategy, if you have an existing app or want to build the same mobile application for multiple platforms where the speed of the operation is not crucial.

Also, as React Native enables a quick application development, it’s a potential tool for prototyping the product and delivering the idea fast enough to the market for business verification and validation.

With its growing name and fame, React Native is becoming the obvious choice for several big companies with well-known applications. React Native is growing in popularity in the mobile app development industry like wildfire, irrespective of the fact, it’s a startup or a Fortune 500 company looking out for development project.

This multiple-platform framework is offering shorter development time with the added features of live and hot reloading, simplified UI, Native performance and much more. To sum up, React Native is an efficient and budget variant option that offers app owners the multi-functional and convenient mobile app development facilities.

However, the ultimate choice of technology selection majorly depends on your project, its functionalities and your requirement. Now that you have read through this article, we hope you will be able to make a conscious decision of which framework to use for your app development project. For more insights, keep following this space…