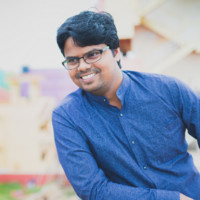 An industrious developer who has come a long way from understanding legacy systems to building modern day websites and apps in latest technologies.

... Thing I’ve created is a web based Flow chart editing and creation tool where you can drag and drop shapes and connect them using flow lines

Backend for Analysis Based Webapp

Open Source project with more than 13,100+ stars on Github. Many mobile developers use NativeBase to ease their mobile app development and so we call it – “The missing piece of React Native!”. It has 150k+ monthly downloads.

A web based Flow chart editing and creation tool built using SVG and AngularJS where you can drag and drop shapes and connect them using flow lines.

An online multi-purpose image editor which was used across the website to provide users with a tool to customize mugs, calendars, business card, photo-books and a lot more. Built using SVG, AngularJS and React.js

A web-based Dashboard which is used to control the theming and maintenance of the mobile application, it also has payment integration for the end-users. Build using React, Redux, Redux-Thunk, and Firebase.